Ways To Reduce Your Carbohydrate Intake 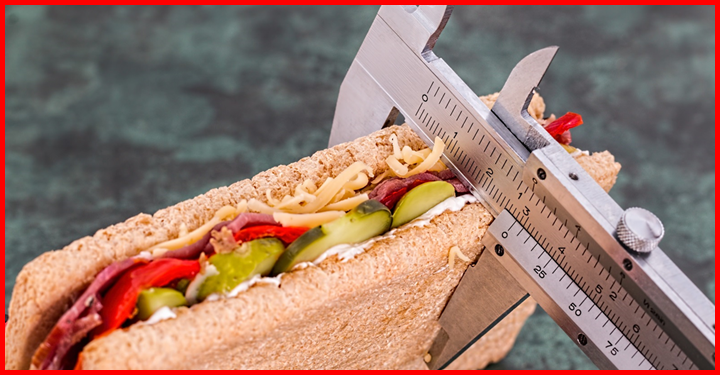 Carbs are highly controversial these days.

Some people get over half their calories from carbohydrates.

Another view is that carbs cause obesity and type 2 diabetes and thus carbs sould be drasticly reduced.

And in any controversy there are good arguments on both sides. Since individually our bodies may handle carbs differently, the amount of carbs that is good may depend on the individual.

So What Are Carbs

Carbs or carbohydrates are molecules that contain carbon, hydregen and oxygen atoms.

In nutrition, “carbs” refers to one of the three macronutrients. The other two are protein and fat.

Dietary carbohydrates can be split into three main categories:

The main purpose of carbohydrates in the diet is to provide energy. Most carbs get broken down or transformed into glucose, which can be used as energy. Carbs can also be turned into fat (stored energy) for later use.

Fiber is an exception. It does not provide energy directly, but it does feed the friendly bacteria in the digestive system. These bacteria can use the fiber to produce fatty acids that some of our cells can use as energy.

Sugar alcohols are also classified as carbohydrates. They taste sweet, but usually don't provide many calories.

For more information on carbs check out this great article.

Many studies have shown that low-carb diets can help you lose weight and control diabetes or prediabetes (1, 2, 3).

Here are some ways to reduce carbs.

They're high in added sugar, which is linked to an increased risk of insulin resistance, type 2 diabetes and obesity when consumed in excess (4, 5, 6).

If you want to eat fewer carbs, avoiding sugar-sweetened beverages should be one of the first things you do.

If you want to drink something refreshing with a taste, try adding some lemon or lime to club soda or iced tea. If needed, use a small amount of low-calorie sweetener.

BOTTOM LINE:  Sugary drinks are high in carbs and added sugar. Avoiding them can significantly reduce your carbohydrate intake.

2. Cut Back on Bread

Bread is a staple food in many diets. Unfortunately, it's also quite high in carbs and generally low in fiber.

This is especially true for white bread made from refined grains, which may negatively impact health and weight (9).

Even nutritious breads such as rye contain about 15 grams of carbs per slice. And only a couple of those are fiber, the only component of carbs that isn't digested and absorbed (10).

Although whole grain bread contains vitamins and minerals, there are many other foods that provide the same nutrients with much fewer carbs.

These healthy foods include vegetables, nuts and seeds.

However, it can be tough to give up bread entirely. If you're finding it difficult, try one of these delicious low-carb bread recipes that are easy to make.

BOTTOM LINE:  Whole grain bread contains some important nutrients, but these can be found in many other foods that are lower in carbs.

Unlike whole fruit, fruit juice contains little to no fiber and is full of sugar.

Although it provides some vitamins and minerals, it's no better than sugar-sweetened beverages in terms of sugar and carbs. This is true even for 100% fruit juice (11).

It's best to avoid juice completely. Instead, try flavoring your water by adding a slice of orange or lemon.

BOTTOM LINE:  Fruit juice contains as many carbs as sugar-sweetened beverages. Instead of drinking juice, add a small amount of fruit to water.

Carbs can add up quickly in snack foods such as chips, pretzels and crackers.

These types of foods are also not very satisfying.

One study found women felt fuller and ate 100 fewer calories at dinner when they ate a high-protein snack, compared to a low-protein one (13).

Having a low-carb snack that contains protein is the best strategy when hunger strikes between meals.

Here are a few healthy snacks that contain less than 5 grams of digestible (net) carbs per 1-oz (28-gram) serving and also some protein:

BOTTOM LINE:  Make sure to have healthy low-carb snacks such as nuts and cheese on hand in case you get hungry between meals.

Even small amounts of some breakfast foods are often high in carbs.

For instance, one half-cup (55 grams) of granola cereal typically has around 30 grams of digestible carbs, even before adding milk (14).

Conversely, eggs are an ideal breakfast when you're trying to cut back on carbs.

For starters, each egg contains less than 1 gram of carbs. They're also a great source of high-quality protein, which can help you feel full for hours and eat fewer calories during the rest of the day (15, 16, 17).

What's more, eggs are extremely versatile and can be prepared in many ways, including hard-boiling for an on-the-go breakfast.

BOTTOM LINE:  Choosing eggs or other high-protein, low-carb foods for breakfast can help you feel full and satisfied for several hours.

Get the “Body Reboot” book and discover lots about low carbing.

For 10 more ways to reduce carbs check out this great article.