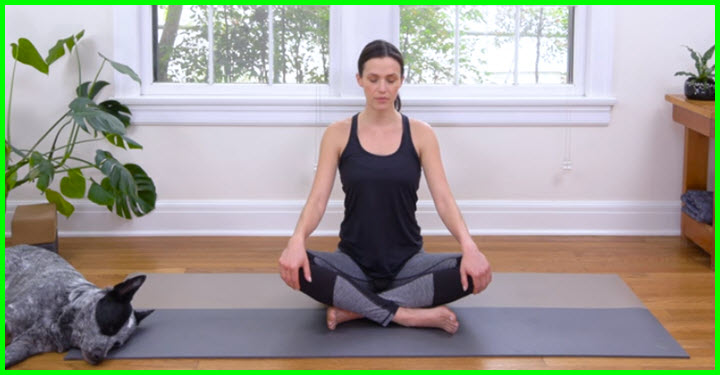 An easy 24 minute yoga practice for anxiety to build strength and inner peace.

Spiraling in to the present moment and find a little stillness using yoga and pranayama.

This practice is to remind us of the power of stillness in both body and mind.

It reminds us how important and empowering it can be to take the time for regular self inquiry and reflection.

Moksha hot yoga was founded in Canada in 2004. In 2013, they changed the name of their affiliated U.S. studios to Modo Yoga. Both styles are based on a series of 45 poses done in a heated room. The studios are expected to adhere to environmentally conscious building and cleaning standards and to foster a sense of community for their students.

Moksha Hot Yoga was founded in Toronto, Canada in 2004 by yoga teachers Ted Grand and Jessica Robertson. Moksha quickly gained popularity in Canada, where there are more than 50 affiliated studios.

In September 2013, Moksha began using the name Modo Yoga in the United States to avoid confusion with several prominent existing studios that were also using the name Moksha (not surprisingly, since this Sanskrit word means liberation, freedom, or enlightenment).

There are now more than 10 Modo Yoga locations in the U.S., including studios in New York City, Los Angeles, Austin, and Portland, Oregon.

The Modo method is a set series of about 45 poses done in a room heated to 103 degrees F.

The full series, which begins and ends with savasana, takes 90 minutes. A condensed version of the series clock in at 60 or 75 minutes.

There are also flow classes in which the teacher has more discretion on the order of the poses within the following basic structure. Students are often invited to set an intention for their practice before moving into a series of standing poses.

Once warm from standing poses, the class moves onto a floor sequence that includes hip openers and spinal/upper body work.

Discover more about this type of yoga at this source article.

Discover more types of yoga in this article.

The next yoga practice is about breaking free.