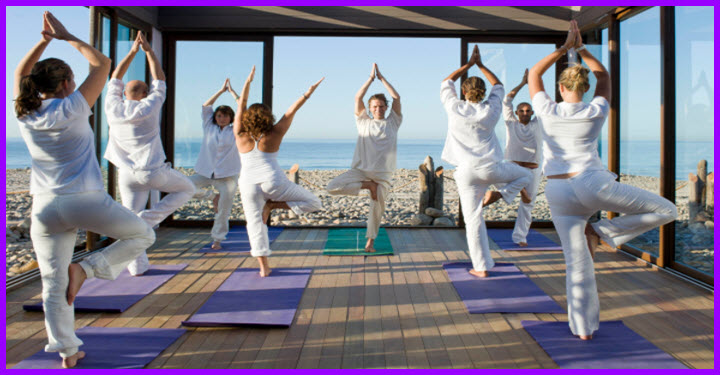 Get ready for Day 13 – the best strengthening yoga practice on the internet.

So commit and do your best today!

Trust. You got this.

Toning muscle and transforming the physical body is a by product of you harmonizing with your true self on this journey.

Today's practice is more than meets they eye as it asks you to notice your patterned responses.

Breathe deep, be kind to yourself and choose to ride the wave!

One thing you have to decide when you start to do yoga is to decide what type of yoga to do. There are at least 20 different types.

Hatha is a very general term that can encompass any of the physical kinds of yoga.

In contemporary yoga lingo, hatha has come to mean a slow-paced and gentle way of practicing. Hatha class can be a good place to begin a yoga practice because it provides an introduction to the basic yoga poses in a low-key setting.

This description came from this article on the different yoga types.

The History of Hatha

Hatha means forceful in Sanskrit, the ancient Indian language that is the source of most of yoga's terminology.

According to Ellen Stansell, a scholar of yogic literature, the term may have come into use as early as the 12th century. Though we consider Hatha to be on the gentle end of the spectrum these days, Stansell posits that it must have seemed strong in comparison to more subtle practices (meditation, for example) that were available at the time.

The first Indian gurus who brought yoga to a western audience in the mid-19th century took pains to distance themselves from Hatha yoga, which they associated with wandering street mendicants called yogins, according to Mark Singleton's book Yoga Body: The Origins of Modern Posture Practice. Singleton explains that it was not until the international popularity of the physical culture movement later in the 19th century that Hatha yoga was integrated into the teachings exported to the west.

Given that the word has such an open meaning, what should you expect if you attend a Hatha yoga class?

Today, Hatha is most often used to describe gentle, basic yoga classes with no flow between poses. Expect a slower-paced stretching-focused class with some basic pranayama breathing exercises and perhaps a seated meditation at the end. Hatha classes are a good place to work on your alignment, learn relaxation techniques, and become comfortable with doing yoga while building strength and flexibility.

For more on this type of yoga check out this great article.

Day 15 is about listening to your inner self.