That Is The Findings At The University Of Tokyo 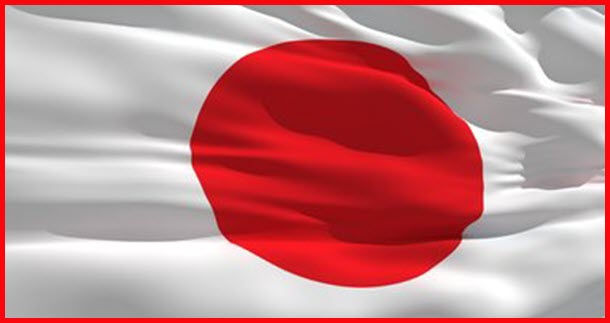 A replacement for chemo – it's about time. Statistically chemo doesn't fair all that good. In fact look at the life expectancy op chemo patients in the 5 years following chemo. But there is good news coming out of Japan.

The Keshe Foundation has started a fully compliant medical trial an the university of Tokyo, which has elevated this new plasma energy treatment in the eyes of the world.

The Japanese trial is being overseen by both international medical boards and the ethics committee. Progress has been very fast indeed!

They have already confirmed that:

Here is where it gets really interesting though …
What was not understood until now, is that while it may take several hours for cancer cells in a petri dish to convert to healthy cells if exposed to the correct plasma fields, the change occurs in every cell, all at once, in under a second!

In other words, a THRESHOLD has been discovered, and the moment it is reached, the transformation from malignant to healthy cells happens more or less instantaneously.  The transformation has been recorded on video and passed on to the medical authorities as part of the report.This is a fundamental observation.  Because it further clarifies the reaction that takes place and explains the critical difference between successes and failures in previous, apparently similar experiments.
Here is what I mean by threshold:
If I were to tell you that you could melt a metal bar by heating it, you might apply heat for a decade and NEVER get the result.  You would conclude that I was wrong.  BUT if I told you that the melting THRESHOLD was 1,085 °C, you could confirm it in a matter of minutes.  And this is what is happening at Tokyo University.

Now that the threshold has been observed, the researchers are manipulating the ganses to create different field strengths.  Thereby, rapidly reducing the time it takes before the critical point is reached and transformation occurs.

Remember, it is the plasmatic FIELD (magnetical and gravitational energy fields) that is important.  NOT the means by which it is generated.  One delivery method is to inject water carrying the appropriate fields into the blood stream.  This is the delivery route to be applied in Ghana.

Another option, is to create a cubicle in which one can stand and be subjected to the appropriate field strengths, until the threshold is reached and the cancer cells (or other diseased cells) are resolved.  The plan is to reach this point in a matter of minutes.  But I'm getting ahead of myself…

Let's first look at a couple of newly explained immune mechanisms, starting with the nuclear reaction between microbes and calcium in the immune cells.

Calcium's involvement in the immune response has long been acknowledged, but not understood.  So ‘let's expand the knowledge', as Mr Keshe is fond of saying.

​Every element, once incorporated in the body, is in a gans state.  The gans of the element is like a little sun, giving off and receiving fields of its own bandwidth.  (A solar flair doesn't just project away from the sun, it bends back and returns also.)  The field that projects OUT is matched by the field that must RETURN.

These specific calcium isotopes, share the same ‘bandwidth' as certain infections.  This is like saying that both the calciums and the infections share the same radio wavelength, where one can interfere with or over-power the other.A fundamental understanding of field plasmas, is that fields of the same ‘bandwidth' (sharing the same radio wavelength) feed one another, in what could be described as a two way osmosis.

The ‘weaker' will have a weaker magnetical field and stronger gravitational field, while the ‘stronger' will have a stronger magnetical and weaker gravitational force.  So a reciprocal exchange of field forces immediately takes place.​When calcium in an immune cell comes within range of an infection, the calcium isotopes' field forces are ‘weaker' than the infection so the infection ‘takes' from the calcium, causing it to deteriorate down.

As a nuclear physicist, Mr. Keshe points out that this lowers the calcium's energy state to that of Potassium (K) as shown in the calcium isotopes table below. In other words Calcium breaks down or decays very rapidly to Potassium.

So in bacterial infections there is a two step process.Step one is the field forces of the bacterium being stronger than those of the calcium or silver isotopes.  And step two is the immediate decay of those isotopes to their ‘daughter isotopes' and the simultaneous release of Beta radiation which kills the offending infection.

This is completely new to science.

In viruses, it is actually more straightforward.  The excessively strong energy packet (being the virus) shares a bandwidth with the weaker energy of the CO2 Gans or its plasmatic fields.  As explained above, the stronger feeds the weaker, and having given away some of its field strength, the virus loses its grip on the protein structure to which it is bound.  The down-graded virus then simply becomes an energy source for the body.

Cancers too, are predominantly a one step process.  According to the research now confirmed by Tokyo University, they possess an excessively strong gravitational field force, meaning that they attract more and more mass, stealing the energy from around them.

By providing equal and opposite field forces in the correct bandwidth, that attain the required threshold, the magnetic and gravitational field forces are brought back into balance.  The cancer is immediately resolved, and the excess energy is used as impetus to create healthy tissue in place of the malignancy.

But that's not the end of this story.A medical facility has been set up in Africa to treat cancer patients using this plasma technology.

Head on over to the source article to read more.

The featured image came from the source article