This recipe for keto cinnamon rolls are made with a pizza dough. Stevia was added to sweeten the dough up to go along with the wonderful flavor of the cinnamon.

The icing is made from cream cheese, cream and Stevia. These ingredients are really tasty mixed together. That's why so many restaurants have a cream cheese and sweetener on various deserts. Not only does cream cheese and sweet go together, but the addition of cinnamon takes in to a whole new level of sweet. Here's a hint – if you use stevia in your coffee try adding a little cinnamon as well – yum.

What do you think. Could you show off to your friends with this recipe?

It's in the cheese. Did you know that a 100 g of cheese contains all your calcium daily needs?

It is also in the cheese but not in very large amounts. 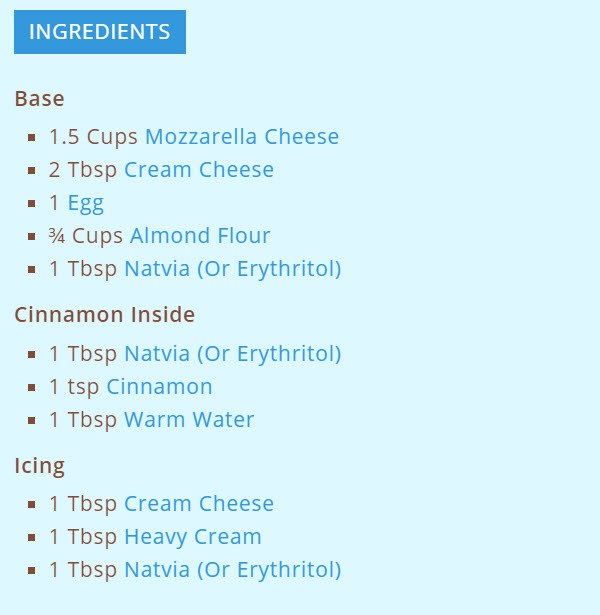 For more pictures and the great story about this recipe go to the original blog article.