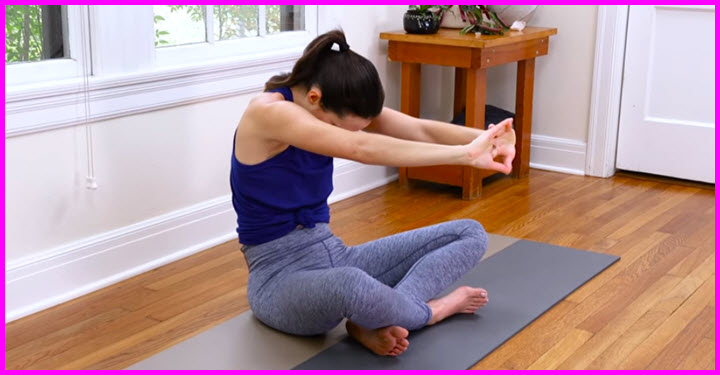 This is going to be a mindful practice to tend the body, lean in, stretch and unlock.

The concentration will be on the stress or tension in the neck, shoulders and upper back.

Lean in awaken and begin to unlock.

Here is another type of yoga

Based on the teachings of the yoga master B.K.S Iyengar, this style of practice is all about bringing the body into its best possible alignment, often using props such as yoga blankets, blocks, and straps to assist students as necessary. Iyengar practice usually emphasizes holding poses over longer periods of time instead of moving quickly from one pose to the next (as in a flow class). Iyengar has been very important in the development of modern yoga asana.

B.K.S. Iyengar was born on December 14, 1918. He started doing yoga as a teenager in an effort to improve his health after contracting tuberculosis, studying with his brother-in-law, Krishnamacharya, in Mysore, India. Iyengar began teaching yoga in 1936. As American and European students began seeking yoga instruction in the 1960s, Iyengar’s method rose to prominence. He established his principal school, the Ramamani Iyengar Memorial Yoga Institute (named for his wife) in Pune, India in 1975.

This center became a nexus for the popularization of yoga. As one of the first teachers to teach yoga to westerners, Iyengar’s influence on modern asana practice cannot be overstated. He died on August 20, 2014, at the age of 95. His son Prashant and daughter Geeta now administer the RIMYI.

The Iyengar Method: Alignment and Props

Iyengar’s method, a form of hatha yoga, is based on giving primacy to the physical alignment of the body in the poses. In this style, it is taught that there is a correct way to do each pose and that every student will one day be able to attain perfect poses through consistent practice. Iyengar believed that once balance is achieved in a student’s body, it will soon be reflected in his or her mind.

One of Iyengar’s major innovations was the use of props. Today, it is quite common to see blankets, blocks, straps, pillows, chairs and bolsters being used in yoga studios.

The use of these props is comparatively new in the history of yoga and comes directly from Iyengar. The purpose of the props is to allow students to have the best possible alignment while their bodies are opening up.

For more on this style of yoga go to the source article.

Feature image was captured from the video.

Want to be graceful while doing yoga? Then you need this finesse practice.