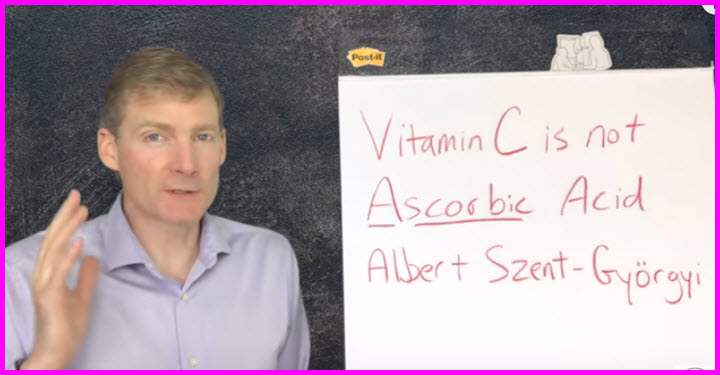 This video was made to end the asking of a very important question. Is ascorbic acid vitamin C. The answer is a definite NO. Even the discoverer of ascorbic acid had to admit after further research that ascorbic acid was not true vitamin C.

The government says it is but that doesn't make it so. Don't be fooled by this. It's the dirty little secret of the supplement industry to take simple compounds and claim they are equivalent to far more complex molecule groupings. Those groupings of molecules act together synergistic ally to give you wondrous health benefits. Big pharma has failed miserably to duplicate those large groupings of molecules – the true vitamins and healing agents we so desperately need.

The second video will give you the bigger picture on many vitamins. This was know before 1950 but this knowledge is now for the most part hidden from us in order to sell us poor substitutes at a profit.

The featured image was captured from the first video.