Farmers Dedicating Their Lives To Producing The Highest Quality Products 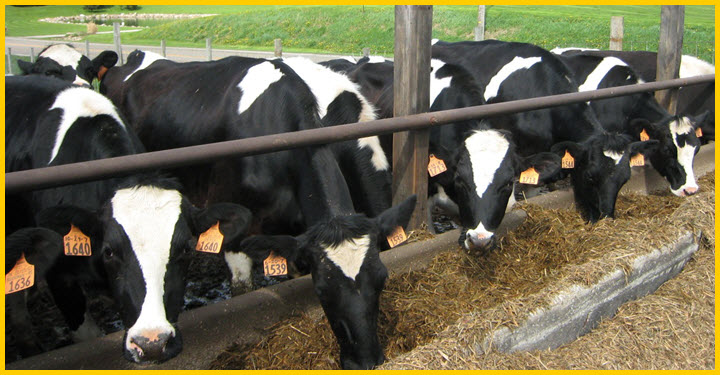 It takes time to go from the conventional dairy method to  to get testing and certification fr the cows as well as the fed they are fed.

“We thought it was the right thing to do,” he says. “From the beginning, we set requirements for not allowing rBST (genetically engineered bovine growth hormone). Being non-GMO makes a difference in the quality of dairy products and the well-being of cows.”

According to Miller, Trickling Springs became concerned about GMO contamination of crops used for feed such as corn, soybeans, and alfalfa hay and decided to pursue Non-GMO Project verification. They began the verification process in August 2014 and started GMO testing of feed crops grown on both organic and conventional dairy farms.Based in Chambersburg, Pennsylvania, Trickling Springs buys milk from 44 dairy farms in Pennsylvania, Maryland, and Virginia. The farms have an average of 60 cows, which are mostly grass-fed.

The Non-GMO Project standard requires the use of tested non-GMO feed, and cows must consume non-GMO feed for at least 30 days for milk to be verified. (The latter rule was one year when Trickling Springs went through the verification process.) The feed must meet a GMO threshold of less than 5 percent.

“We’ve seen higher growth in sales of FarmFriend products but our organic sales growth is hurt by an oversupply of organic milk in the market,” Miller says.

Non-GMO Project verification offers dairy companies a way to differentiate their products in a challenging over-supplied market for milk.

“You have to differentiate yourself,” says Warren Taylor, owner of Ohio-based Snowville Creamery, which also sells non-GMO milk. “Non-GMO provides a third option between organic and conventional. It’s the next obvious attribute after rBST-free.”

“Because we have strict standards for our FarmFriend farms, it’s not difficult for farmers to become certified organic,” he says. “If we can move them toward Non-GMO Project verification, we are also helping move them one step forward toward organic.”

About 80 percent of FarmFriend farms have transitioned to organic. “We’ve transitioned farmers (to organic) who originally said they would never be certified,” Miller says.

Non-GMO verification is also important for Trickling Springs’ organic products. “This was a step toward raising awareness about GMOs, and it’s about ensuring the integrity of organic crops and food,” Miller says.

Keep an eye out in your area for non GMO dairy products.

Discover more back at this great source article.