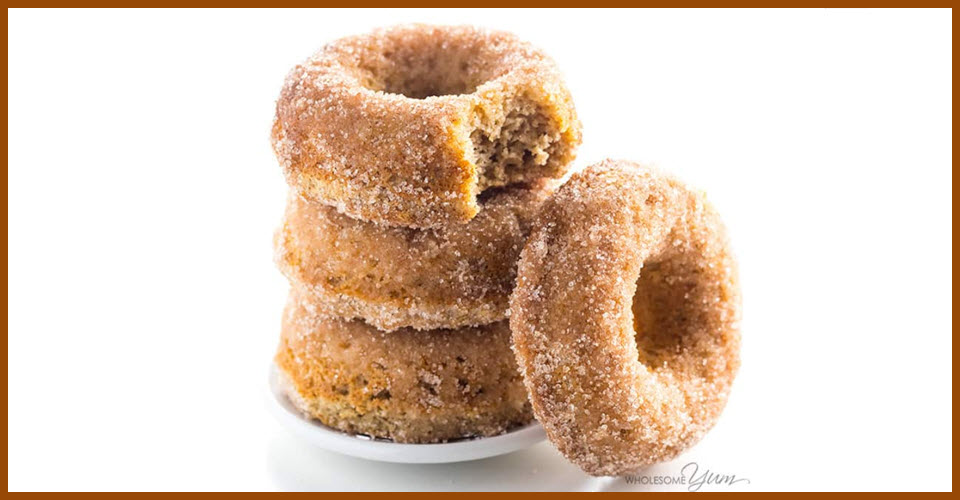 Would you believe they are almond flour keto donuts (paleo, gluten free). As you'll see they are easy to make using common ingredients.

The sugar on the outside isn't sugar it's erythritol, an alternative sweetener.

Now don't you wish you could get these donuts at the donut shop or at the office.

If you prefer a grazed donut mix the sweetener with coconut cream and pour that over the donuts. 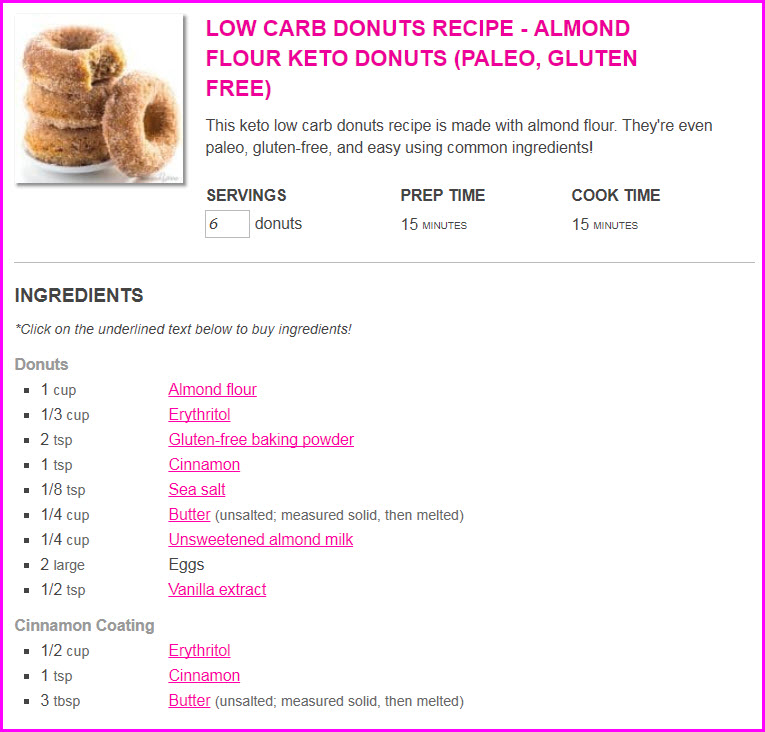 For more on this recipe go to the source site 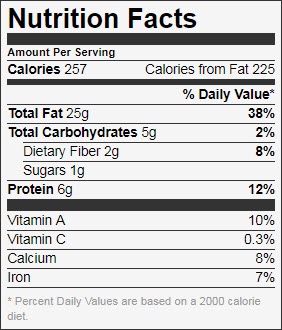 If you like keto donuts then you'll love these keto cinnamon rolls.