With Bacon and Caramelized Onions 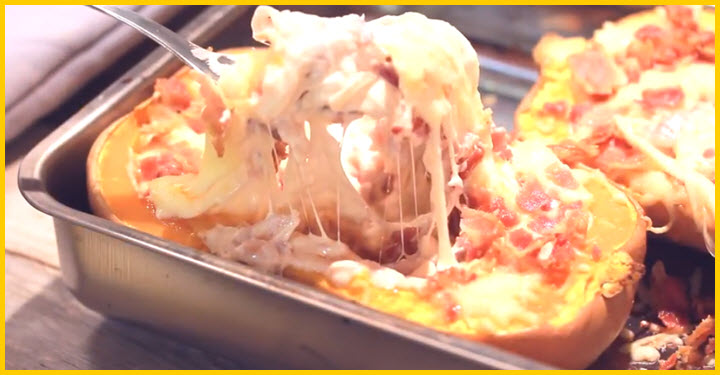 Super tasty and low in carbs. This great looking dish can be served as a side dish or as a light meal along with a green salad.

This meal does require a bit of time to make so keep the following tips in mind.

First you need to cook the butternut quash long enough so that it is soft and easy to scoop out. Did you know that roasting the squash enhances the natural sweet flavor of butternut squash?

Be careful when cutting the squash into halves because this squash is quite firm and requires a lot of force to push the knife through. A large carving knife works best.

If you are on a keto diet you may want to scoop out more of the squash to cut down on the carbs. You could also use a different kind of squash that has fewer carbs.

For low carbs choose a low fat sour cream for this recipe.

The original article is quite lengthy and has a lot of pictures and alternatives for this recipe. I'd recommenced you go check it out.